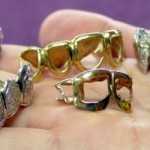 Bling-frosted grills have been part of the hip-hop scene since the early ‘80s, when Flavor Flav and other rappers in New York started showing off their shiny gold caps. Since then dozens of rappers and other celebrities have jumped onto the wave, sporting every sort of grill from smooth, solid gold to sparkly, diamond-encrusted veneers.

Here are some of the baddest celebrity grills on the scene, including some you might not have expected… 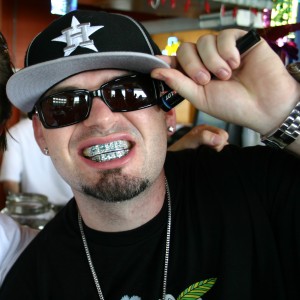 Wall is one of the central pillars of the grill fad, famous for outfitting rappers like P. Diddy, Usher and Bow Wow. He runs an online store where he sells his grills for anywhere from $39 to around $10,000. 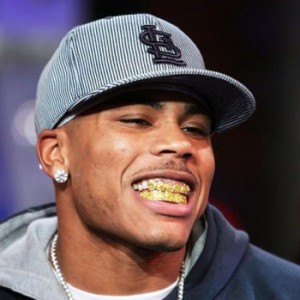 Nelly is so stoked on his sparkly grill, he wrote the chart-topping single “Grillz,” featuring Paul Wall, Ali and Big Gipp. If he could call it a drink, he’d call it a smile on the rocks. 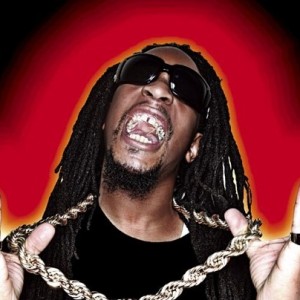 The king of crunk rocks a variety of grills, and was reportedly named “King of da Grillz” in a 2009 Grillz ranking. Of course, that’s Wikipedia knowledge, so there’s no solid evidence of this ranking … but that’s just because we conducted it under the radar, thank you very much. 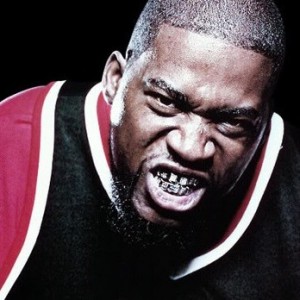 Banner is somewhat known for playing the character of Tehronne in the movie Black Snake Moan, but is also known for coming to the aid of Hurricane Katrina victims, and for speaking out against the nation’s reaction to the catastrophe. Of course, he’s also known for rocking one of the baddest grills in the hood.

This freestylin’ rapper is known for his rhyme slinging abilities on the fly, and for his generosity with mix tapes, whose various names are floating all over the Internet. Like he said in “Everyday,” Lil Flip’s grill is done in platinum, for a bigger price.

Like we said, you probably already knew about those grills. But here are a few you probably didn’t know about… 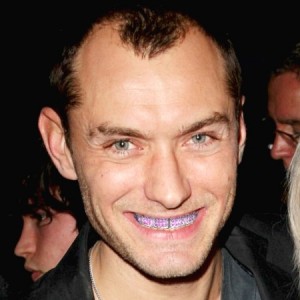 This A-list actor is known for box office hits like The Talented Mr. Ripley and Cold Mountain, and will soon be appearing in Sherlock Holmes alongside Robert Downey, Jr. But little known to most fans, this British star sometimes sports a huge, sparkly grill when he’s out on the town. 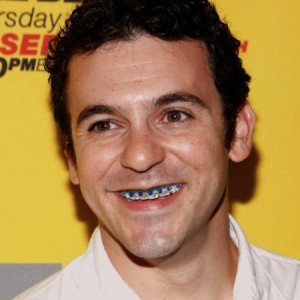 The ex-Wonder Years star and present director for It’s Always Sunny in Philadelphia once played a brief role as an eccentric drug addict in The Rules of Attraction. That eccentricity seems to show itself again whenever Savage puts in his grill bling. 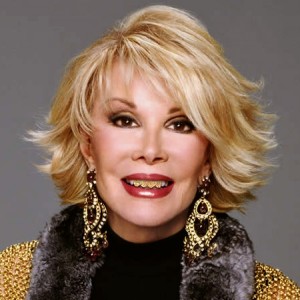 This snarky actress and comedian may be known for her thing with plastic surgery, but who knew she was into the bling? As this unreleased glamor shot shows, she went there.

Media-swamped mom Nadya Suleman may be seen dodging photographers as she tries to evade the public eye, but the mother of 14 is definitely partying on the inside, as we can see from the hint of a sparkly grill. You go, mom.