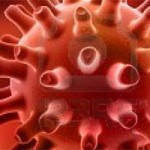 It’s a story of internet love gone awry. She was a 49-year old dental hygienist from Beaverton, OR. He was a 69-year-old retired dentist living in Portland. They met on eHarmony, had a date, smoked a little pot and then they had unprotected sex. And like so many love stories, this is where things start to get ugly.

It turns out that the retiree was packing the gift that keeps on giving… and give it he did. After suffering several painful outbreaks and falling into a deep dark clinical depression because of this, she sued him and to most everyone’s surprise – the Multnomah County courts awarded her nearly every cent she asked for in exchange for her pain and suffering: $900,000.

Naturally the trial sparked all sorts of ethical discussions about the nature of sex in the modern age. Did he have a legal obligation to inform her that he had the herpes virus? Should she have known better than to have unprotected sex in this day and age (though to be sure – herpes can still be transmitted with a condom on).

The dentist’s lawyer, a paragon of virtue and tact said, “Grow up. Come on. You’re an adult. He’s an adult. They had sex. The point is she is not some little innocent victim.”
Despite the insistence by some jurors that the dentist was guilty of a form of battery, the district attorney declined to press charges.